Everywhere you look online, especially social media, there are memes. They’re often shared due to their humorous and sometimes relatable captions. Memes are often created using scenes from movies, games and TV shows.

They are also created using photos of actual people and animals. In fact, there are several photos that went viral as a meme. And something we might not stop to think about is who exactly these people and animals are.

How long ago did their photo go viral and turn into a meme? Well, here are 22 heroes who are behind some of the most famous memes.

This little boy’s name is Sam Griner. Back in 2007, his mother Laney posted a pic of him on Flickr eating sand. The words ‘I Hate Sandcastles’ were added to his photo.

This caption paired with his pose was suppose to imply that he had destroyed someone’s sandcastle. At first, this didn’t really appeal to his mom. But then the photo went viral as a meme.

Plenty of us are aware of Grumpy Cat who has been around since September of 2012. Many of us might not be aware that Grumpy Cat’s real name is Tardar Sauce. The photo went viral due to her grumpy appearance.

And that grumpy expression is her face due to feline dwarfism and an underbite. Grumpy Cat has an Instagram account with over 2 million followers. Sadly, Tardar Sauce left this world and went to kitty heaven at seven years old. Rest in peace, Grumpy Cat.

This meme features a rescue-adopt named Kabosu. This photo was uploaded in 2010 and went viral as a meme three years later. Kabosu is currently fourteen years old and has an Instagram account.

The little girl in this photo is Zoe Roth observing a house fire back in 2004. Her father entered the photo into a contest to be published in a photography magazine and won.

That’s when the photo ended up going viral as a meme. Although Zoe isn’t letting the fact that she’s the subject of a viral meme go to her head, she would be grateful if it were somehow instrumental in helping her being able to go to college.

This photo is from a video of Chloe and her sister Lily reacting to the surprise news of a trip to Disneyland. Chloe was looking into the camera with confusion while Lily was crying tears of happiness. Chloe has an Instagram account where people can see how much she has grown up.

The man blinking in this zoomed in gif is Drewx Scanlon. Drew was a video producer for Giant Bomb. He was watching the editor-in-chief play Starbound. The blinking that turned into a meme was him reacting to “I’ve been doing some farming with my h*e”.

This meme is of a stock model named Andras Arato. The photo that turned into a meme in 2011 is of him seemingly forcing a smile to cover up pain. In 2018, he hosted a TedTalk where he talked about being a meme hero.

This meme is of Kayode Ewumi who acted in “Hood Documentary”. The character he played was explaining that he believes a woman is beautiful because she’s smart. And this photo is often used for ‘use your brain’ type memes.

This nerdy yearbook photo is of Kyle Craven. It was uploaded to Reddit with a caption that joked about someone getting their first DUI while taking their driving test. It turned into a meme about unlucky or embarrassing situations.

This photo is of Zeddie Smith from 2012. Will King took the photo and posted it on Reddit. Everyone thought Zeddie was incredibly handsome. And it seems like he got the chance to meet Grumpy Cat.

This photo of Nick Young is often used for confusion type memes. It’s a screenshot taken from a Youtube web series. The specific scene was of him reacting to his mom saying he behaved like a clown when he was younger.

12. Trying To Hold A Fart Next To A Cute Girl In Class

The guy in this photo is Michael McGee who can make funny faces whenever he wants. It was posted to Reddit with the funny caption and turned into a meme within a few months.

The woman shedding a single tear in this meme is an Italian actress named Silvia Bottini.

This meme is of Mia Talerico, who played Charlie in Good Luck Charlie on Disney Channel. Disney Channel fans will be blown away to see Mia as a grown teenager and realize how long it’s been since that show was on the air.

This meme is the result of Laina Morris performing a parody of ‘Boyfriend’ by Justin Bieber for her Youtube channel. The video was for a sing-off contest to promote the Girlfriend perfume. The meme going viral lead to privacy issues, which lead to Laina quitting Youtube.

16. Aliens Are To Blame For Everything

Giorgio Tsoukalos is most well known for appearing on Ancient Aliens. He’s a writer, producer and ufologist.

The girl in this meme is eleven year old Maggie Goldenberger. At the time, she liked to play dress-up with her friends.

This photo is from the third season of ‘Key and Peele’. The character that Jordan Peele played was sweating beads while being confronted by his girlfriend.

This photo is from the album cover for Ma Gangsta. The guy in the photo is Blake Boston aka Weezy B.

This meme is from a photoshoot in the middle of a swamp with Igor Nazarov. It was for a contest for the most unusual photo.

The photo for this meme is from an album by a Russian musician named Vladimir Brest. The Paranoia album was released in 2011.

The man in the meme is Dustin Mattson. The photo went viral as a meme through Quickmeme. Dustin admitted to being disappointed that his attempt at a joke went viral.

Quite a few of these memes are taken from movies and TV shows. Others are the result of posting a photo with a funny caption; photos that ended up going viral even though that wasn’t the intention.

These memes feature well known artists along with normal people. It’s interesting to know the story behind the photos and videos that have become these memes, and to know the identities of the people in them. 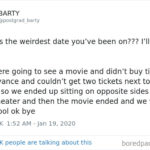 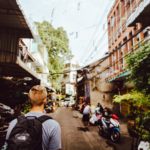