Nisa Tee, an OnlyFans Model, has been making news and enchanting her followers through her story of faking her way into getting a job. She used fraudulent means to get a barista job. Her means were clever, but at the same time naughty.

Despite using dubious means, she still managed to get the position through a cover letter she got out of the 200 people who had applied. She faked the job application when she was 19, and she’s now 25. She narrated the whole ordeal via her Twitter account.

She claimed that she was confused and wasn’t sure how she could have written the cover letter. That’s when she resorted to publishing a bogus posting that stated there was an opening for a barista and waitress job in Glasgow, Scotland, where she’s originally from. Through all this, her intention was crowdsourcing.

The job she posted there had an opening that was listed on Gumtree, which is more or less similar to Craigslist. Everyone who saw the posting was quick to apply since they were convinced it was genuine by all means. She was flooded with hundreds of cover letters that she went through carefully.

After finding the one she felt fit her needs, she took down the phony post from Gumtree. She realized she’d already gotten the position she wanted. Nisa Tee showed her fans on Twitter a screenshot of how her email inbox was full when she posted a fake barista job opening. Innocent job seekers were quick to send their applications. 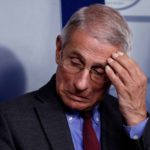 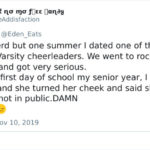