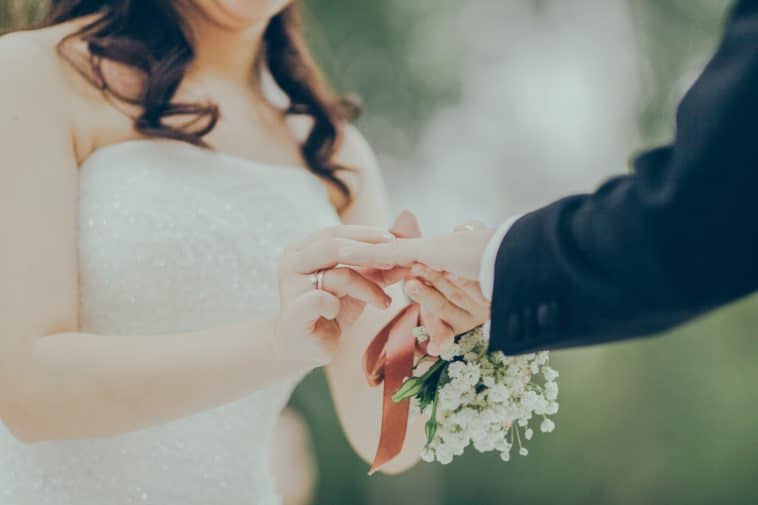 Casey, a bride-to-be, stood at the alter ending a six-year relationship. Everyone was there hoping to see the joining of two people but ended up seeing the destruction of the relationship as she read her fiance’s text messages, highlighting an affair he was having.

This hopeful bride was determined to put it all out there even though she was nervous and heartbroken.

Casey thought Alex was ‘the one’ when she accepted his marriage proposal.

Casey had the opportunity to talk about what was going through her mind that day when she contributed a tell-all post on the Whimn. There, she talked about the moment she discovered the text messages. Casey was at her bridal party when she got a series of these messages. They were screenshots from an unknown number.

This unknown messenger left her a cold but poignant message that got to the heart of the issue:

Will she still marry Alex?

The messages broke her heart. Casey read a variety of lewd messages between Alex and some mystery woman. What was worse is that she also saw selfies of the pair, which confirmed the affair. It was clear that Alex continued this relationship even a few days before the two were going to get married.

Her friends offered support. Everyone told her to call him and speak her piece. They told her to call off the wedding, but Casey wasn’t listening to them. As she explains it, she wasn’t thinking about anything except how hurt and shocked she was.

Casey continued to read the messages, letting the words sink deep inside. She said every message she read felt like a dagger piercing her heart.

Casey began to worry about her wedding plans. Family and friends made sacrifices to be there for her big day. The caterer had been paid, and everything was ready to go.

She didn’t want to cancel anything.

After hours of thinking about what she had discovered, Casey decided to let the wedding go on as planned. Of course, she was going to make some changes that only she and those close to her knew about.

Casey remembers getting dressed in a stunning wedding gown. Casey didn’t wear the dress that signified her love for Alex but something completely different. She knew her face couldn’t hide her heartbreak, and this is something she was sure Alex would take notice of. Of course, Alex didn’t know what was wrong as she walked down the aisle.

Alex got to the alter and stated, “there will be no wedding today.” This statement sent shocks throughout the audience of loved ones. Alex didn’t know what was going on but was visibly baffled. Casey continued by saying her fiance was a stranger to her. She then pulled out her phone and started to read the text messages verbatim.

She started with the following message:

Casey then followed that with a lewd message where Alex told the girl he was communicating with how much he wanted her. In that same message, Alex mentioned Casey, acknowledging her as his girlfriend, which made everything worse.

As hard as this was for Casey, she was determined to continue reading these messages for everyone to hear. Everyone knew what Alex had done to her, and everyone was surprised at his actions.

As painful as this, she knew it was important to continue

So she read the next message, which talked about Alex missing this girl. The message was still as lewd as the one before, but it did mention how Alex considered the connection between this other woman stronger than what he shared with Casey.

Alex had been outed in the most public way. His horrible actions were laid in front of everyone he knows. There was no way to mask his infidelity, and he knew it. Casey turned to him and saw the face of the man she used to love. She saw the man she was going to marry and only saw an ex fiance.

Casey wasn’t sure where she got the strength to say these words out loud in front of everyone. She was upset, angry, sad, and experienced all sorts of indescribable feelings, but she still got through the sad situation.

Alex was speechless and just stood there, which could have been an eternity. Still, at some point, he decided to walk out of the church without saying anything at all because there was nothing to say.

Casey, along with everyone else, just watched him walk away.

He must have felt every single gaze as he walked away from a life he almost had. Alex deserved that and so much more.

“I love all of you and as horrible as this is I’m glad you all are here.”

She told everyone that there will be no wedding reception.

Still, she didn’t want anyone to leave because there was going to be a party; it would be a party that no one planned. The reception was going to turn into a celebration of honesty even when it hurts. Yes, she acknowledged that this was heartbreaking, but she also thought it was important to stand up for yourself, which is what she did.

Everyone stayed and partied like there was no tomorrow. Nothing went exactly how she imagined it would, but she still had an incredible time with loved ones.

Everyone supported her decision and supported her ability to rise above the regrettable situation. Every thing they paid for was used. The cake was enjoyed. The entrees were enjoyed, and everyone’s company was welcomed.

There’s no doubt this man went through the kind of humiliation he never expected. It’s the kind of thing that will haunt him forever. People within his circle of friends will talk about this day forever.

Any new love interest will hear about it at some point and will probably have serious doubts about his ability to be faithful and sincere.

In short, Casey marked this cheater with a mark he’ll never be able to erase.

What’s even worse for him is that the moment became an internet sensation. Even if he tries to escape this moment, chances are strangers will find out about it at some point.

People online showed their support as much as the people who stayed to party with her. There were dozens of comments celebrating Casey’s decision. They called her brave, a warrior, an inspirational independent woman, and much more.

Some commentators even admitted they wouldn’t have been cool-headed enough to do something this powerful. Some people mentioned that they would have knocked a few of Alex’s teeth out. There were a lot of heated comments. It’s easy to see that people get pretty passionate about infidelity.

Everyone online, just like her friends and family members, hopes that she finds someone new. They hope that she finds true love, someone who’s worthy of this incredible woman.

Casey has become a legend, a hero to anyone out there who has ever been lied to. She didn’t ask for this, but she rose to the occasion like the beautiful bride she was and will be again. 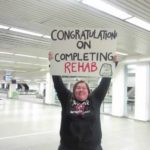